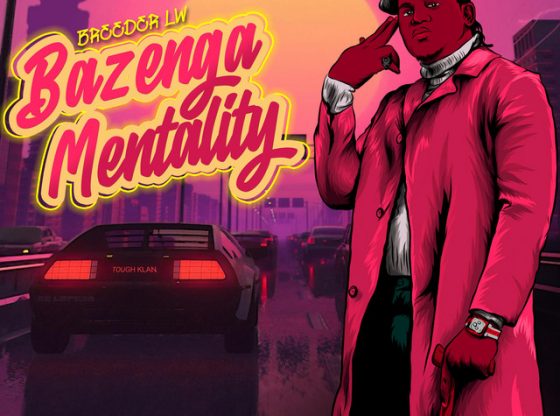 Paul Baraka, known by his stage names  Bazenga Dadii or Papa Fathela is a Kenyan hip-hop artist. Breeder LW is undeniably a force to be reckoned with.

His debut album “Kabla Kuosa” got great traction and received massive street recognition distinguishing him from the then underdogs. As a mainstream recording artist with several hits under his belt, he has been releasing thoughtful and creative projects with witty anecdotes on hip-hop culture and society.

Bazenga Mentality is a moment of glory basking for the rapper compared to his debut as it is a statement of intent, a public service announcement telling fans and haters alike he has arrived.

The album has a heavy trap vibe alongside smooth and groovy laid back songs that still pack some serious bars. Covering a wide range of themes from the grind and hustle, love, sex and relationships to his school scenarios, the album is an undeniable level-up which he alludes to on Bei Imepanda featuring Ssaru.

The lyrics are razor sharp with rare misses and despite the mainstream success, the bars are really hard.”Wakisema unajifanya si kwa ubaya bei imepanda” loosely translating to let them complain but the price is going up.

The project is heavy packed with plenty of hits, staying true to his Bazenga status a few tracks stand out including Drop Zone featuring the talented Domani Munga (Wakadinali), Real Ones featuring veteran Fena Gitu – a celebration jam for those who made it.

READ ALSO>>>>>REVIEW: Nikita Kering’s A Side of Me EP

My favorite has to be the ballad with Masauti, Nipe Love is a smooth jam bringing the old school vibe to modern day beats. In as much as the album is entertaining and captivating there are some filler tracks I feel he could have replaced. Bio Na Chem and the first few jams have too much of school reminiscing. The album is a classic, a moment to be remembered for years to come.