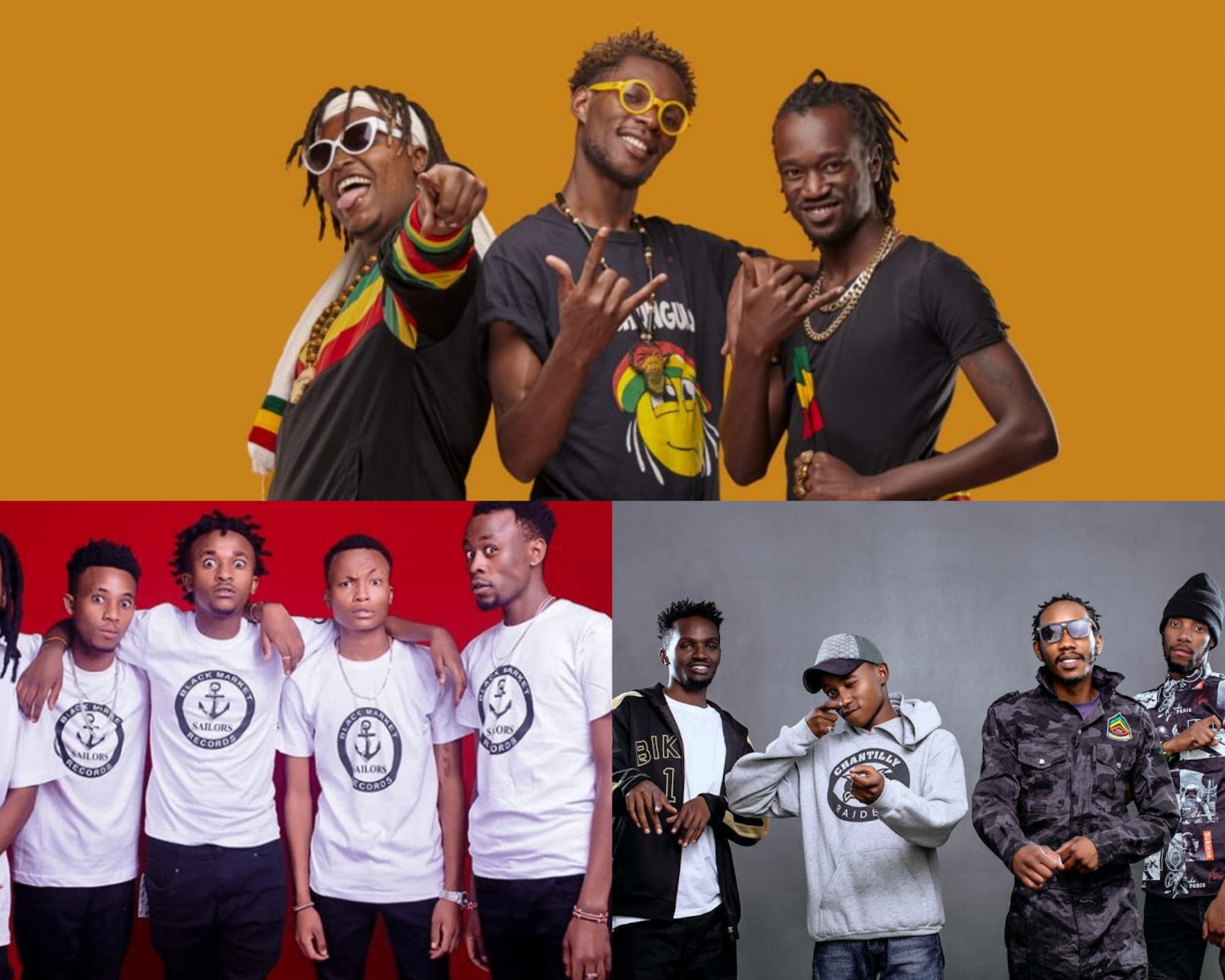 Since the viral success of Lamba Lolo by Ethic Entertainment in 2018, Gengetone has undoubtedly been Kenya’s most listened to music genre.

Importantly, it reignited the love for Kenyan music among fans. It isn’t a coincidence that after the meteoric rise of Gengetone, Kenyan artists in other genres such as Drill, Trap and RnB witnessed a surge in interest in their music.

Media houses, which had for years shunned Kenyan music in favour of Nigerian and Tanzanian hits, also took notice of consumers’ shifting tastes and began adjusting their playlists accordingly.

While Gengetone’s position as the dominant ‘sound of the moment’ is being eroded thanks to the rise of other genres, it remains wildly popular and is arguably the cornerstone of Kenyan music in 2021.

The artists that pioneered this incredible sound, however, aren’t the same people or artists they were three years ago. A combination of ambition, success, money, record deals, competing egos and adoring fans mean that, for many of them, their goals have changed.

Of course, countless new Gengetone artists have emerged and kept the genre interesting;

This situation has been responsible for splits and changes in direction for members of groups that pioneered the Gengetone sound; such as Ethic Entertainment, Ochungulo Family, Sailors Gang and Boondocks Gang.

Looking at the evolution of these groups since 2018 offers the clearest look at how the genre, and the game, has changed in the space of a few years.

Ochungulo Family is the most recent group to hit the headlines. In February 2021, the group made up of NellytheGoon, Dmore and Benzema confirmed their split to fans.

Days before Ochungulo made the announcement on Instagram, Benzema aka Alejandro had exclusively revealed to Loud.co.ke that he was fully focused on releasing his debut album titled Full Vaibu in the first quarter of the year.

Having been a part of EDM group Lectronica Circle and later Ochungulo, Benzema admitted that it was important to him to carve out his own niche and tellingly stated that the music industry had changed in a lot of ways since 2018.

“The game has changed a lot,” he told this publication on February 1.

The Ochungulo Family Youtube channel, originally created by NellytheGoon whose earliest singles were shared there, reverted to Nelly after the group’s split.

Benzema had in the past year built up his own channel with a number of solo releases, racking up countless new fans and subscribers. Most recently, he released Pepeta featuring Rekles, the first single off Full Vaibu.

Dmore, on the other hand, remains the brains behind the wildly popular Wanati channel which continues to release music featuring the likes of Parroty, Kappy, Kabagazi and D’more himself.

Some of the pioneering groups such as Ethic, haven’t necessarily broken up but its members have shifted focus to solo projects. The group hasn’t dropped anything together since the release of their Big Man Bado Odinare album in 2020.

Two of its members – Rekles and Swat – have signed solo record deals with House of Badass and Black Market Records respectively.

Ethic, as a group, is signed to AI Records – a label in which Universal Music Group (UMG) acquired a controlling stake.

It isn’t rare, however, to see groups have a group deal with individual members signing their own solo deals with different labels. A good example of this is the iconic US rap group Wu Tang Clan, which was signed to Steve Rifkind’s Loud Records but members such as Method Man and RZA also signed separate solo deals and released music on different labels.

For many artists, it is important not to feel as if their creative expression is limited.

It hasn’t been lost on observers for instance that on Ethic singles, Rekles was mostly responsible for the catchy hooks as they served up danceable club bangers. Rekles with his hip-hop background has, however, always been a rapper first and gets to show off his lyrical and storytelling prowess on solo tunes such as Sota and Geezer.

In past interviews, Rekles noted that while members of Ethic were free to pursue solo projects, they remained a unit. A new Ethic project, however, isn’t expected any time soon.

While Sailors Gang isn’t broken up, they recently parted ways with one of their members, Lexxy Yung.

Lexxy announced that he had ditched the group to pursue a career in Gospel music after getting saved, the clearest indicator of how personal situations impact music groups.

The group, however, had a publicized fallout with former manager Mwalimu Rachel who had been working with them since they blew up. Their first hit, Wamlambez, and several others that followed were released on Rachel’s Youtube channel.

Rachel and the group traded harsh words after Sailors looked to sign a deal with Black Market Records, the American label that has been snapping up Gengetone stars. Sailors claimed she had neglected their management while Rachel, a radio presenter, insisted the group was ungrateful.

As recently as February 2021, Rachel was in the headlines after tweeting that she could have set up a collabo for Sailors with dancehall artist Konshens if they were still working together, seemingly hitting out at the group for walking away from opportunities. Sailors front-man Miracle Baby responded on social media questioning why she hadn’t moved on.

In recent months, however, its members have also been shifting focus to solo projects.

Odi has also released a number of solo singles, even trying out a new Kikuyu flow while Edu Maddox has been featured on songs by numerous artists.