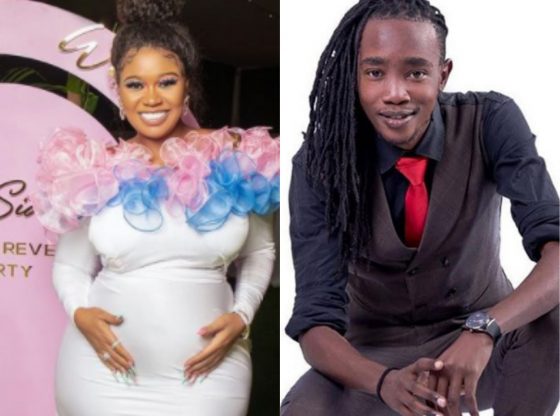 The past few days, Kenyans have been watching excitedly from the sidelines, delivering hilarious memes and commentary as Vera Sidika and Akuku Danger went at it.

Vera is a popular socialite who also owns various beauty-related businesses. Akuku, a comedian who has appeared several times on the Churchill Show, and also a service provider for events, sound and marketing.

Vera hosted a gender reveal party as she is expecting her first child with her boyfriend, singer Brown Mauzo.

Akuku runs Amplitude Events & Marketing, and was hired to provide sound at the event which took place at a lavish venue in Karen, Nairobi.

The dispute boils down to Ksh5,000 – which Akuku claims is the pending balance from the payment he was supposed to receive. He claims they had agreed on Ksh15,000 for an hour, but admits that they arrived 10 minutes late for the event.

“Some of us it’s the ‘small money’ that makes a difference in our livelihoods. I’m kindly asking you to pay me my balance of 5,000/= Which rightfully belongs to me!

“So this is what happened.

“Yesterday Vera called me (Amplitude Events and Marketing) 30 minutes to her gender reveal party to provide her with a Sound system for 1hour. We agreed on 15k. She sent me a down payment of 10,000/=(Swipe Mpesa message) and promised to pay the balance when the sound system gets to the venue(Fair Acre Boutique Karen). We got there albeit 10 minutes late, it was a short notice and we did all we could to be there in time. We got there by 7Pm and did the set up by 7:10 Pm the event started”.

“Upon finishing my end of the bargain which was at 9Pm I asked for my balance Only for her to now assume she don’t know who we are and instead sent a team of bouncers/Security, A group of her already drunk Lady friends and some guy by the name Victor to whisk us away making all sorts of insults at us,” posts by Akuku read in part.

Vera, on the other hand, rubbished Akuku’s claims, alleging that the comedian was shocked after he arrived at the venue and realized how lavish the event was, and decided to suddenly up the price. She further mocked him with a nickname – Chicken, which translates to Kuku in Swahili.

Vera maintained that they would have been willing to pay a higher amount if he asked for it originally, noting that they spent hundreds of thousands on other service providers. To prove her point, she shared screenshots indicating they spent over Ksh100,000 on 70 bottles of a premium water brand.

“I just discovered there are professionals at lying.

“Some names I never even knew existed till today. Somebody just mentioned it to me and told me they are desperately looking for fame, because their mates waliomoka kwa some comedy show, now their carrier is professional liars!

“I’ve never in my life talked to any human being called Chicken. The only Chicken I know is Ingokho. Juu Ya hiyo story wacha niendee ile Lunch ya 59K this week.

“If they only knew the amount of money put in that gender reveal party. To think that Sh5K is anything. That’s not even my Damn call credit. My team handles planning and use my mother’s phone to make all payments in full, before anyone set a foot at the venue.

“Its bad manners to ask for a figure , get paid in full seconds later, even before you go anywhere. Then unafika location…you start making excuses on why you want to be added 5K on top. This was not anywhere in agreement with my PA. Rubbish. Hata Sh200K unngelipwa if that is what you would have requested…Nenda ukatagee,” Vera’s posts read in part.