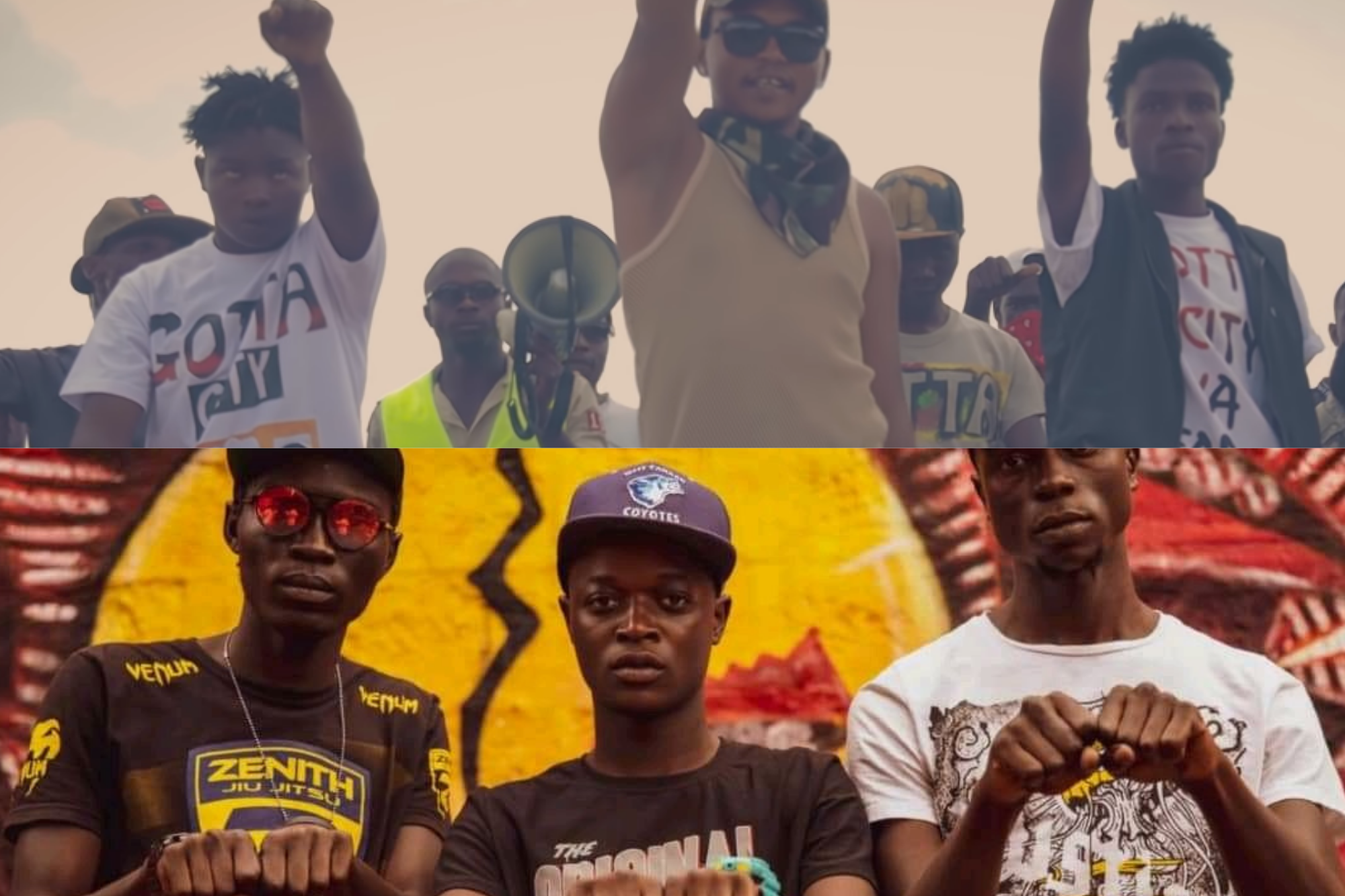 Stoopid Boy, on the other hand, accused the group of stealing his lyrics and flow.

Since Stoopid Boy and Madocho made the claims in random interviews with Youtuber Mungai Eve, their beef has snow-balled into arguably the biggest beef in Gengetone history.

Mungai Eve is a Youtuber who cut a niche for herself interviewing Nairobians from different hoods on various trending topics and social issues.

The first diss directed at Mbogi Genje from the Gotta City youth was by Fathela, who had provided security for Mbogi Genje during a past video shoot.

He accused the group of exploiting youth by filming videos in Gotta City and using their artworks as backdrops without compensating them. He claimed that, at best, the group would only buy the youth a single Marijuana joint.

Fathela further claimed that, alongside other youth, he accompanied Mbogi Genje’s Guzman to a nearby police post after Guzman was robbed in the area.

After the interview was released, Guzman of Mbogi Genje took to Instagram where he insulted Mungai Eve in the Direct Messages (DMs).

He revealed that he had previously interacted with Smady on several occasions.

Stoopid Boy claimed that the stolen lyrics were from past freestyle sessions where Smady Tingz was present. He further alleged that he had carried Smady Tingz on his motorbike before.

In addition, he claimed that Guzman did not write his own lyrics.

He accused the group’s members of disrespecting youth from Gotta City.

Madocho wa Kanairo, yet another youth from Gotta City, was interviewed by Mungai Eve on November 14 and went viral soon after.

In the interview, Madocho tore into Mbogi Genje and Guzman in particular for insulting Mungai Eve.

He maintained that the artists were supposed to be role models for the youth.

Speaking in Sheng’, he further tore into an Instagram user who had backed Mbogi Genje in their beef.

November 25 – Beef Spills Over Into The Streets as Madocho Confronts Militan, Guzman

The confrontation took place at video director Slamboozer’s place in Umoja. Madocho and other youth from Gotta City demanded to see Guzman to answer for his insults directed at Mungai Eve.

Trying to calm down tensions, Militan engaged the youth arguing that the beef was started by Gotta City.

He further got on the phone and was heard stating that the group wanted to fight Guzman.

Guzman eventually arrived at the scene and, despite a heated confrontation and a bit of pushing and shoving, emerged unscathed even as the situation degenerated.

Guzman later posted about the day, stating that Gotta City would not be so lucky next time as they came at Mbogi Genje when the artists were alone without their crew (Mbogi).

A group of youth from Umoja, where Mbogi Genje comes from, later stormed Gotta City in the evening and caused a scene, with some of them on motorbikes.

They were repelled by youth from Gotta City who quickly emerged and countered them, with the situation soon de-escalating.

In an interview, Mbogi Genje members noted that they were not interested in promoting hatred among ghetto youth.

Smady Tingz stated that they were not there to spread negativity but instead to show youth from the ghetto that their language and way of life was art, and could be used to create opportunities.

Guzman further stated that they were not interested in engaging the negative individuals and would only support them.

Madocho delivered the intro for the song produced at Afro-Royalty Records.

Stoopid Boy maintained that it was meant to encourage youth to desist from crime, which he accused Mbogi Genje of supporting.

They were heard issuing threats to Stoopid Boy and Madocho in particular to stop their antics or face consequences.

A video went viral of a man holding two bullets in his hand and vowing that they would enter Madocho’s body.

Madocho later dismissed the threats stating that he was not worried.

He further stated that he did not believe it came from a Mbogi Genje fan but someone out to ruin the group’s reputation.