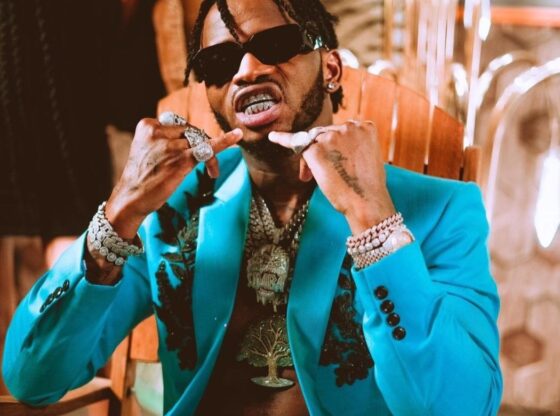 On Saturday, August 6, the Azimio coalition held its final public rally led by its candidate for President, former Prime Minister Raila Odinga. The excited crowd that had filled Nairobi’s Kasarani Stadium got one of the highlights of the day when Tanzania’s Bongo superstar – Wasafi Records boss Diamond Platnumz – arrived at the stadium to rapturous applause and proceeded to offer a surprise performance and endorsement of Odinga’s bid. He was reportedly paid Ksh1.2 million per minute for the roughly 10-minute performance.

Many attendees found the performance electrifying – as evidenced by their screaming, dancing and singing along. Online, however, a storm raged particularly on Twitter with echoes of the Play Kenyan Music movement that dominated discourse a few years ago. They questioned why Azimio would opt for a Tanzanian superstar to headline an event in Kenya – more so one meant to help Kenyans make a major decision at the polls.

Now, we love Kenyan music at Loud.co.ke. It is literally why we exist. That is why we don’t agree with the premise of Kenyans fuming because Diamond, a Tanzanian artist, was hired in a presumable bid to shore up the youth vote in Kenya. Kenyans have proven time and time again that nothing can come between them and their beloved Bongo music, more so Wasafi Records. We brought receipts – Kenyans’ own music consumption habits. Pick a random Tanzanian artist with a hit or two under their belt, they most probably get most of their views and plays from Kenya.

Diamond is one of several artists from across Africa for whom Kenya is a golden goose. YouTube is the go-to digital source of music for many Kenyan fans – and therefore insights from its platform are a good place to start. A look at the data reveals that Nairobi accounts for several millions more views than any other city for most of the biggest Tanzanian artists, as well as many of the biggest Nigerian artists.

Many Kenyans praise Diamond for his business acumen, describing his career as a model that other African artists should emulate. Well, like any good businessman, Diamond knows where his bread is buttered. Diamond’s relationship with Kenya over the course of his career and his meteoric rise makes this clear.

Diamond shot a video for his earliest hits, Kesho (2012), in Nairobi. Kenyan singer Avril was his leading lady. The song is among early records that helped him break into the Kenyan market.

When it was time to launch his highly anticipated A Boy from Tandale album in 2018, Diamond picked the Kenya National Theatre (KNT) in Nairobi for the launch event. It was sponsored by Kenya and East Africa’s most profitable telco – Safaricom – who undoubtedly considered his star power in Kenya as they struck the deal.

He has headlined major shows in the country on several occasions. In addition to concerts, Diamond has also found himself in Kenya for exclusive private performances – performing in private parties hosted by some of the country’s wealthiest individuals. Promoters in Kenya have no problems paying his multi-million shilling performance fees in addition to his rider which includes private flights and five-star accommodation.

Many other artists including several signed to Diamond’s Wasafi Records label seem to have learnt from Diamond just how lucrative the Kenyan market can be for them. Their records constantly feature on Kenyans’ playlists, DJ mixes, radio stations and at parties.

Sample the listenership data of select Tanzanian artists in 2022 to understand just how much Kenyan fans drive the popularity of Tanzania’s biggest stars. If the numbers are anything to go by, Kenya is the biggest market for Tanzanian music today.