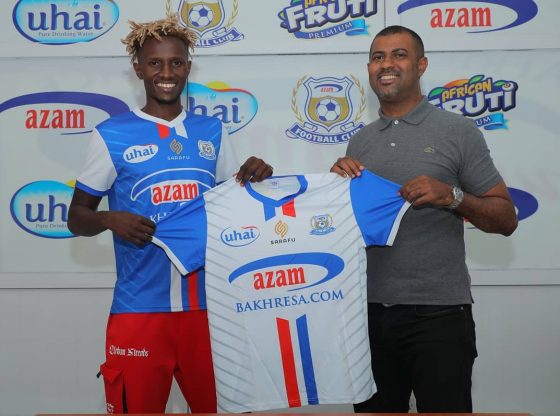 In a statement, Azam noted that the addition of Muguna to their ranks would bolster the squad ahead of a 2021/22 season in which they will be eyeing both domestic and continental success after qualifying for the CAF Confederations Cup.

“Muguna is coming to add more punch in the squad, particularly in attack…”

“Muguna is among the star players in the FKF Premier League, and this season he was nominated the best player for the Shield Cup as his team Gor Mahia won the title on penalties,” Azam highlighted in their statement.

Stand-in Gor Mahia coach Sammy Omollo wished Muguna the best in his new adventure, while noting that they had a replacement for the playmaker at Gor Mahia.

Omollo stated that he could not begrudge Muguna for leaving Gor Mahia for greener pastures, as he did the same during his days at the club.

According to Goal.com, sources close to Muguna indicated that he secured a lucrative deal that will see him earn at least four times what he did at Gor Mahia.

WATCH: Lil Maina, Wizzo 58 Bury Fake Jordans on ‘Umbwakni’
Kahu$h’s Versatility Shines Through on ‘If We Do Not Give Up’