Potaah the Rapper: From Nakuru to the World 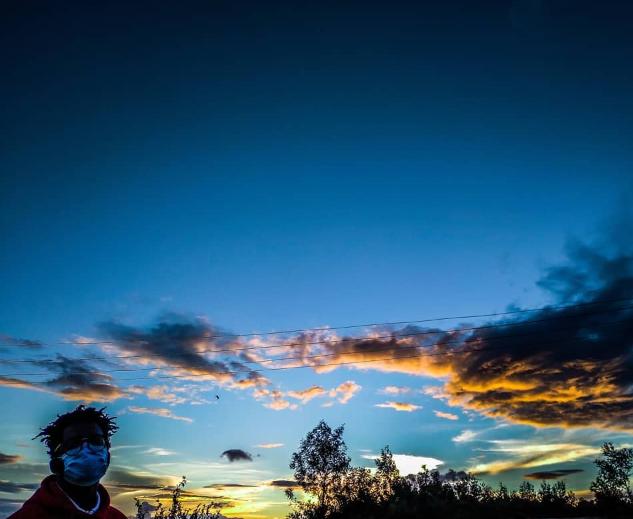 Nakuru probably isn’t the first place you’ll think of when it comes to Kenyan rap.

Namba Nane (Kibera), Kayole, Umoja, all in Nairobi, and parts of Mombasa such as Kisauni and Bamburi are neighborhoods that have dominated the scene as far as producing star rappers goes.

But a new generation is changing all that. Artists such as spoken word star Willie Oeba and RnB artist Vanessa Pym are being heard across the country and beyond.

And as far as rap goes, a new crop with their own styles and sounds are staking their claim too. Among the buzzing names is Potaah the Rapper, real name Patrick Kinyanjui.

Speaking to Loud.co.ke, he revealed that he was gearing up to release his latest project, a mixtape titled Thank God for Rap, on December 28.

It’s his second full length project after he debuted in 2019 with the acclaimed Ni Matire mixtape.

Ni Matire was an raucous debut, a mashup of emotions and lyrical stoner rap.

What Potaah, rapping effortlessly in Sheng’ is able to do, is tell a story.

His unreleased 2020 mixtape promises a new, gritty side of the rapper out to make sure fans remember the name.

Life of a Rapper II, a new single off the upcoming project, already has fans excited.

POTAAH THE RAPPER · LIFE OF A RAPPER 2

Potaah flows over the iconic Drug Dealers Anonymous beat telling a story as only he can.

He told Loud.co.ke that, with his first mixtape, he was only ‘testing the waters’ but, following the positive reception, was now intent on not just making an impact but taking over.

He promised fans fresh music and all new visuals going into 2021.

Potaah, hoping to put Nakuru on the map with his flows, represents some of the finest of the talents bubbling in the Nakuru creative scene.

Naxvegas, on track to officially becoming Kenya’s fourth city, has always been associated with entertainment and the party lifestyle.

But it’s more than a road-trip destination, artists are blowing up and becoming stars of the show.

Stay tuned to Loud.co.ke for updates, exclusive content from Potaah the Rapper and the release of his new mixtape on December 28.