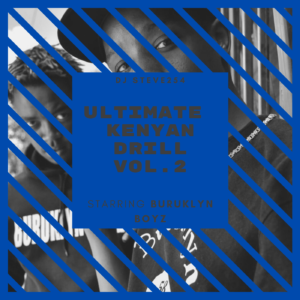 Online. On Air. In The Streets.

Ethic Entertainment hit back on Sunday, September 27 after speculation started swirling of an imminent break-up of the group.

The Gengetone godfathers hit tabloid headlines with rumours that front-man Rekles was set to leave the group.

Further alleged was breach of contract by Rekles due to the release of solo projects under stable House of Badass despite being signed to Universal subsidiary AI records as part of Ethic.

Taking to Twitter, however, the group dismissed the reports as propaganda, even warning Ghetto Radio who published the claims.

Their manager John Mbugua was also quoted dismissing the claims as mere rumours.

A WhatsApp conversation surfaced in which he brushed off the claims.

Ethic has been among Kenya’s most sought-after artists since the release of Lamba Lolo in 2018.

Rekles, known for bouncy hooks on Ethic hits, is also a hardcore rapper with several releases.

His most recent solo song, Deep Down, fueled speculation that he was set to leave Ethic. Questions were also raised on the nature of his deal with House of Badass.

Record contracts for groups vary but, in some cases, members are free to sign deals with other labels as solo artists while remaining tied to the group deal.

Watch Deep Down by Rekles below: