Ssaru: Queen of Gengetone Joins Saweetie and Other Stars in Spotify’s EQUAL Program 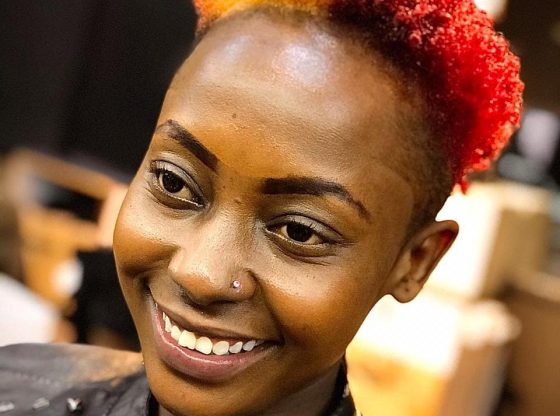 From viral freestyles to being the latest addition to Spotify’s global EQUAL program, Ssaru wa Manyaru has come a long way. She is one of the biggest names in Kenyan music thanks to a series of hits since 2019 and her star is only set to shine brighter.

Ssaru (real name Sylvia Saru) is an East African sensation who quickly cut a niche for herself as the “Queen” of Gengetone as the genre exploded. Since finding her footing in the industry at 19, she has worked with everyone from Rekles to Parroty, Breeder LW, Kappy, Mejja and more.

Ssaru’s most recent release perfectly showcases her talent and versatility. Rhumba ya Ssaru featuring Charisma is a contemporary Rhumba love song spiced with bars from Ssaru and a hook from the former Le Band Man.

In the music video, she goes home to Taita Taveta. The audio appears on Spotify playlists including EQUAL – one of a number of flagship playlists Ssaru currently features on, Gengetone Fire being another.

EQUAL is a program by Spotify to ensure equity for women in audio. Selected artists and podcast creators from over 50 countries – including Saweetie (US), Gyakie (Ghana) and Zoe Wees (Germany) – benefit from the global spotlight and marketing support, partnerships, new content experiences, playlist support and more.

If someone deserves to be there, it’s Ssaru. She’s part of a new class of women in urban Kenyan music shaking up the game – a class that also includes Maandy Kabaya, Dyana Cods, Shanty Flames and many more.

In what can be an inspiration to other artists, Ssaru’s latest milestone is proof that the work pays off – Spotify’s Head of Music for Sub-Saharan Africa, Phiona Okumu revealed that they chose Ssaru specifically because she made her own lane in a male-dominated genre with incredible confidence.

“Ssaru is breaking barriers and owning her voice in a space that is predominantly male dominated. She is a young, independent female artist who has fast become one of the female faces of a genre that is gaining massive international appeal…it only makes sense that we have her on board,” she stated.

Ssaru looked forward to being a part of the EQUAL program, noting: “Being an EQUAL artist grants me tools to project positive vibrations to the entire human race the best way I know how, which is limitless.”

Clips recorded by Ssaru on her phone of her freestyles first began being widely shared in 2019, on Whatsapp, Instagram and Twitter. She later put out her first single Nyama which was another freestyle with visuals shot entirely during a studio session.

Ssaru followed up Nyama with a hit feature on Pu Pu Pu featuring Wanati’s Parotty and Kappy, setting the stage for more bangers, features and chart-toppers from Ssaru in quick succession such as Zitoke, Bei Imepanda with Breeder LW and Kalale with Willis Raburu and a cast of all-stars

The 10 Best Kenyan Albums of 2021 (So Far)
Mbuzi Gang: How Trio Took Over Gengetone and the Charts