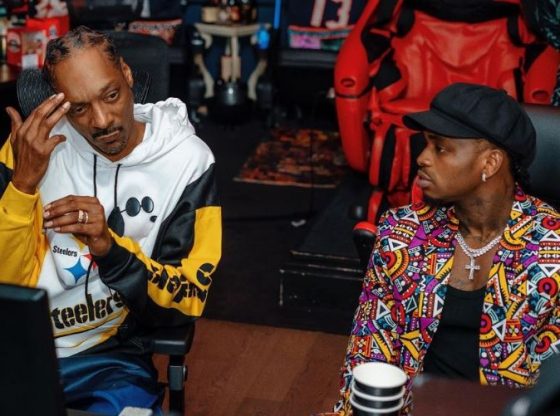 Over the past few weeks, it feels like East Africa’s biggest superstar – Diamond Platnumz – has been everywhere, doing everything. From casually hitting the studio with Wiz Khalifa, Snoop Dogg, Busta Rhymes, OT Genasis and Swizz Beatz, to facetiming with Alicia Keys and Swae Lee, wearing Maasai attire to the BET Awards and buying a Rolls-Royce Cullinan Black Badge worth at least $382,000 (Ksh41.3 million).

And while hanging out with the best and most successful of them is nothing new for Platnumz, having been at the top of his game for a while and collaborated with the likes of Rick Ross, this is a new level even for him. His next album looks set to be a blockbuster with the chart-topping African hits he is known for alongside international features with some of the biggest names.

And it’s mostly thanks to a deal the Wasafi boss recently signed that is likely the biggest of his career. Of course, it’s his talent and dogged determination that earned him the deal in the first place, but it is quickly shaping the next phase of Diamond’s career.

In mid-May, Platnumz and his WCB-Wasafi label signed a 360 partnership with Warner Music – one of the world’s big 3 record labels along with Universal Music Group (UMG) and Sony Music. Up until that point, Wasafi was an independent label, with stars in its roster including Rayvanny and Zuchu.

The partnership saw Wasafi incorporated into Warner Music South Africa and Ziiki Media, the Africa and India focused entertainment company, and enabled Diamond to tap into Warner’s global talent roster and industry muscle to take his own career to the next level.

He hinted as much during the unveiling of the partnership, stating: “I’ve built WCB-Wasafi from the ground up and believe that Warner Music and Ziiki are the right partners to help further grow our reach… “I’m also looking forward to plugging into the Warner network myself. We’ve got some exciting plans and I can’t wait to share more music with the world.”

Many of the U.S stars Diamond has been pictured working with so far all have deals with Warner – including Wiz Khalifa, Busta Rhymes, OT Genasis and Swizz Beatz. Clearly, he wasn’t kidding when he said he was looking forward to “plugging into the Warner network”

Now, 360 deals are controversial in the music industry for many reasons. In recent years, they have faced growing opposition due to the perception that they leave artists with little control over their work and unfavorable terms. The 360 degree reference is made to highlight the fact that such deals cover almost all aspects of an artist’s career – from releases to roll-outs, publishing and rights management, performances, merchandise, sync deals, partnerships, endorsements and more.

When done right, however, it gives us the world’s biggest superstars – essentially label-backed hit-making machines you can’t run away from as they’re headlining the biggest festivals, their music is all over the radio and streaming playlists, their faces are on TV and billboards and their posts are the most-liked on your social media timelines.

All in all, the deal is bound to take his already successful career to new heights, and it just might re-shape what it looks like to be East Africa’s biggest superstar.

Warner Music had made their intentions clear when announcing the partnership – to introduce new global audiences to Diamond and the Bongo Flava sound.

“The East and Central African music scene has exploded over the last few years and we believe by working together, we can help promote Diamond and his artists to more fans around the world, and introduce the Bongo Flava scene to a broader audience,” stated Alfonso Perez-Soto, president, emerging markets Warner Music. “This 360 partnership establishes a new way to engage with artists in Africa and our ambition to bring African talent to the rest of the world. I’d like to thank WM South Africa and Ziiki Media for their outstanding support in making this deal happen,” he added.