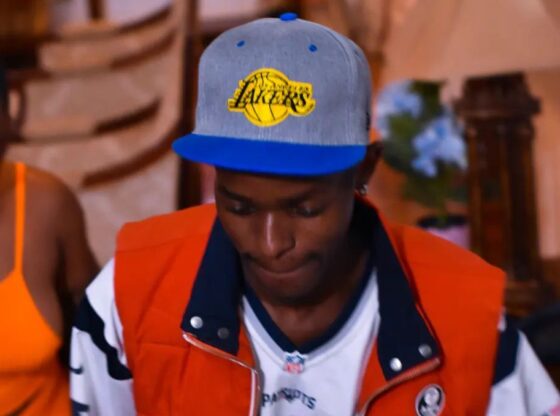 Barricade was stirring up a buzz on the Nairobi rap scene with the release of singles such as Can’t Stop in 2020, before practically disappearing from the scene for almost two years. Music moves quickly in this era, and leaving fans starved isn’t always an option for a young rapper out to be one of the best. It therefore is impressive that Barricade is making a major comeback with his new single, the trending melodic trap banger Streets Can Have Me ft. Denzel Carntana.

The single is proving to be Barricade’s biggest release so far, earning acclaim from fans and airplay on a growing number of outlets including Trace Africa.

Speaking to Loud.co.ke, Barricade revealed exactly what he was up to these past two years. While school commitments initially held him back from releasing new projects, it was a road accident in February 2022 that would change the course of his life and rap career. He had been recording new music and planning video shoots, but all that had to take a backseat.

Barricade was left requiring surgery after being involved in the crash in Rongai, near Galleria. Spending much of his time in hospital and even requiring plastic surgery also affected his mental health, and music became the most important thing to him. “It was all I had,” he explains.

This also led him to rethink his perspective on life and music, scrapping several projects he was working on as he started seeing things differently. The beast mode attitude that came from it can be heard on Streets Can Have Me, a song he wrote while in the hospital bed.

On the song, he references hospital tubes and his new-found commitment to ‘the streets’. This time, he says he’s not going anywhere.

“The accident helped me to see things from a different angle. You’re supposed to approach everything like its your last. And every project you work on should be memorable,” he states.

Barricade has a tonne of new music lined up, including a compilation EP Mr. Shapiro and The Dreamers featuring Young Dreamers Studios (YDS) artists such as Coogi V and Bruno Kips, with whom he’s long been affiliated with. Barricade told Loud.co.ke that he expects to drop the EP before the end of the year, as well as a rare Gengetone single dubbed Konyagi.

Barricade is also gearing up to release his album, Barry Tales, in 2022 – a record on which he plans on telling his incredible story as only he can.