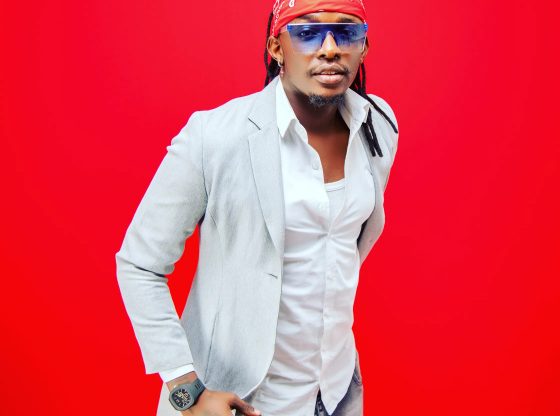 Tyrell is undeniably one of the hardest working artists in the game. The ladies’ man is very keen to detail and enjoys spending time making music with close confidant and producer Ess Ell.

He shared on his social media pages celebrating his first video to reach a million views as an independent artist with his hit cover single “Dusuma”.

The song dropped after the megahit with Kenyan Hitmaker Otile Brown and Rwandan maestro Meddy saga which had led to it being taken down the singer’s videos from YouTube, wiping away all of his views and music.

Another year, another series of streaming records were taken over by Tyrell Kenya. This week, his long-awaited Dusuma cover debuts atop the YouTube chart, with 1,000,000 equivalent views — easily the highest mark of 2021, nearly doubling the 309,000 views last year this time.

Over the course of his career, The KING of Covers has broken multiple boundaries, earning a string of accolades, and has built a massive following thanks to his musical versatility. But one thing that has received almost as much attention and praise as his music is his philanthropic efforts.

During a recent trip to Mombasa to shoot the video for his latest cover hit “Hero Fouzia” he put smiles on a heap of Mombasa residents’ faces as he doled out cash and other amenities to help out street families, orphanages, and even homeless shelters.

After a week of charitable work, Tyrell shared a post expressing how great he felt to be in a position to give back. “Last 3 days were the best I have had in a very long time… there’s nothing like seeing people experience a joyful moment when you can tell they need it the most,” he captioned the photo.

By the time 2021 rolled around, Tyrell had dished out a slew of covers and had begun to make a name for himself in the music industry as King of Covers.

After visiting Old Town, a community located in Mombasa, Kenya to film the visual for his Hero cut “Fouzia” and witnessing the poor conditions the residents had to live in, Tyrell told loud.co.ke that he was “inspired” to donate money to the community.

“I went there and they had art all over the walls, spray-painted, and all the kids were running after us. So, I donated to add help for the kids,” he told us. “I’m very passionate about Mombasa as a place. I love giving so I just want to try and better the community.”