Why Shenseea Has Kenyan Fans Excited 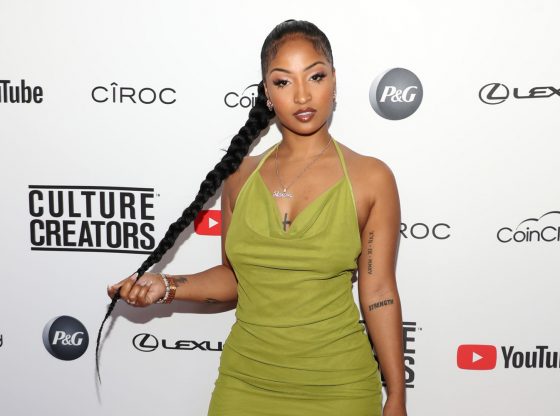 Shenseea on Monday, November 8 promised fans in Kenya of an upcoming show in the country. The announcement comes after the Jamaican female reggae star, Etana, performed in Kenya in October. Dancehall sensations Konshens, Popcaan and Charlie Black are also reportedly lined up for shows in Kenya, with the post-curfew hype reaching new highs.

Shenseea’s social media posts sparked a flood of responses from Kenyans who couldn’t hold back their excitement, although others lamented that economic challenges could see them miss out on the concert. Shenseea is one of the biggest artists in Dancehall and has been making international waves – including being featured on recent hits with Kanye West and Tyga.

Shenseea aka Chinsea Lee is a Dancehall/Hip-hop artist with mixed Korean and Jamaican heritage, who started out as a promo girl until she was eventually signed by Lamuel Samuel’s Rockstar. She took centre stage with her first song “Jiggle”. Though growing up she was shy, that didn’t prevent her from expressing herself musically.

In 2016 she won ‘Young Hot and Hype artist’ and ‘Breakout artist’ at the Youth View Awards. She gained fame after serving a hit collabo “Loodi” with Dancehall icon Vybz Kartel in 2016. She is also well-known for her freestyling skills as a rapper.

Her first international colabo dancehall/hip-hop crossover track, “Blessed” with Tyga that was realized in May 22nd 2019 opened doors to her international tour and more collaborations with Jamaican and American artists.

She earned more awards including being named Female artist of the year in 2020 by the Jamaica Gleaner after an incredible run that included international tours and exposure earning her fame and publicity worldwide.

Shenseea has done several collabos with artists including; Bunji Garlin the remix “Big Bad Social”, “Badishh”, “We Ready” with singer Nailah Blackman and “Liberation Right Moves” with Christina Aguilera
The reggae and dancehall fans are looking forward to seeing her with many fans asking how they can get tickets.

Kenyans’ love for music from Jamaica, Nigeria and South Africa has been made apparent with the trooping of foreign artists to the country in recent months. The situation, however, has left some Kenyan artists feeling slighted – reviving the long-running conversation on how much Kenyan fans appreciate their own.