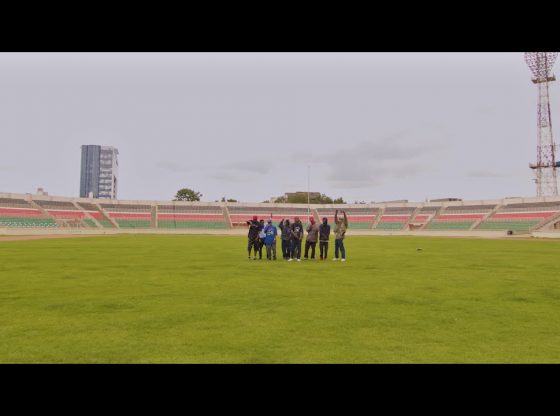 The Nairobi and Wild rappers already had the streets buzzing after sharing a snippet of themselves performing the poetic hook, in which Ajay asks that their music be played after they’re gone.

Matched with strong verses from the duo and the whole crew from Tano Nane mobbing in the empty stadium, it’s a sure-fire hit.

It’s been a steady rise for Buruklyn Boyz who first started gaining a fandom with their early singles – particularly Durag na Slice, which they followed up with a number of cult classics.

It was the release of Nairobi, however, that truly made them a force to reckon with, and arguably some of the biggest stars in African drill which has also taken root in other countries including Ghana.

Aside from racking up millions of views and streams across platforms, it also put many foreign fans onto Kenyan drill in general – an explosive scene with too much talent, with artists including Wakadinali, GTA and more.

They’ve since released several other hits, including Wild and Piga Lean, and it doesn’t look like the Buruklyn-era is stopping anytime soon.