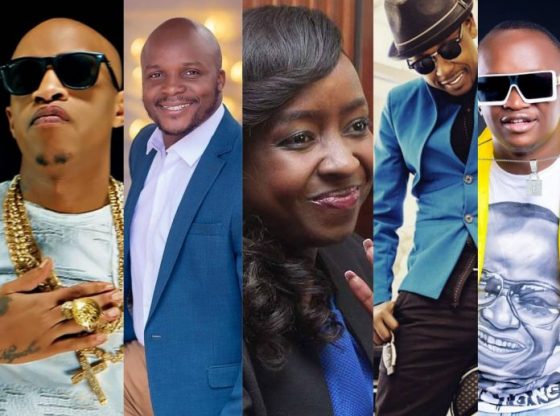 With the 2022 elections less than a year away, politics in Kenya looks like a place where anyone with enough followers and a familiar face could land a top seat.

The 2022 polls may spring yet more surprises, with experts noting that ethnic issues, which have traditionally played an important role in Kenyan politics, may no longer carry the weight they once did.

In previous elections we’ve some familiar personalities such as reporter Mohammed Ali, singer Jaguar alias Charles Njagua and comedian John Kiarie aka KJ making it to Parliament and now more big names have shown interest in taking on different leadership positions. They include;

The Keroche Breweries CEO and Co-Founder has thrown her hat in the 2022 political ring, launching a bid to becoming the next Senator of Nakuru County. On Tuesday, November 9, she explained her desire to create policies that attract investors and drive economic growth and job creation.

Her company is the second largest manufacturer of alcohol in the country and Karanja has long earned a reputation as one of the region’s top entrepreneurs and an inspiration for women.

VDJ Jones is an entrepreneur who runs his own outfit Superstar Entertainment. He is known for being behind several Gengetone hits such as Kwa Kwa and Wale Mang’aa. Jones has declared his interest in vying for the Nairobi Gubernatorial seat. His focus is on youth, maintaining that he knows what the youth need even. Can he really bring change to the city and its people?

Comedian and radio presenter Felix Odiwour alias Jalas has launched his bid to be elected MP of Lang’ata Constituency in Nairobi in 2022.

He recently graduated with a Bachelor’s degree in Community Development from Daystar University in what was seen as a move to satisfy legal requirements to run. He then officially joined the Orange Democratic Movement (ODM). Jalang’o has since announced that he will be quitting his radio job at Kiss to hit the campaign trail.

Former Citizen TV presenter Jacque Maribe has shown interest in becoming a Women Representative for Murang’a County in 2022. This is despite being entangled in scandal for the past two years since being implicated alongside her former lover Jowie Irungu in the alleged murder of a businesswoman, Monica Kimani. Maribe is currently out on bail. Her father has unsucessfully ran for an MP seat in Murang’a in the past.

Can Maribe make it to Parliament with the baggage of the Monica Kimani case looming large?

Celebrity rapper, Jackson Makini alias Prezzo is one of the great rappers in Kenya’s history, with several hit records to his name. He has confirmed his intentions to be vie for MP of Kibra Constituency in 2022.

He has a bit of a political background, having been endorsed by Wiper Party to run for the seat following former MP Ken Okoth’s death in 2019. In 2013, he was part of a political outfit that included former Mungiki leader Maina Njenga and lawyer Paul Muite.

Comedian Jasper Muthomi alias MC Jessy is known for his talk show, ‘Jesse Junction’ and his long-running stint on Churchill Show, one of Kenya’s most watched shows. He has shown interest in leading the people of South Imenti as MP, claiming that he is going with the experience of what he has been doing in the so far in marketing, media and consultancy for firms and government agencies. Jessy has received the endorsement of a section of elders in South Imenti to go for the seat.

Francis ‘Frasha’ Amisi forms a one-third of the Genge group P- unit which produced hits like ‘Kare’ and ‘gentleman’. He is also a trained physiotherapist and is immersed in the political arena as Youth Co-ordinator of the Governor Alfred Mutua-led Maendeleo Chap Chap (MCC).

Back then in 2017, despite dropping out of the race days before the election, he had campaigned to become Member of County Assembly MCA for Athi River ward. Frasha has centered his message on the youth asking them to make the right choices at the ballot.